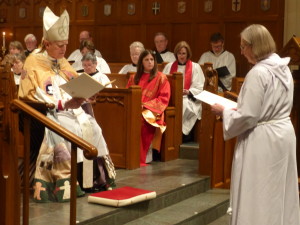 Assisting Bishop Sam B. Hulsey has a long and distinguished career in The Episcopal Church, which culminated in his tenure as bishop of the Diocese of Northwest Texas from 1980-1997.