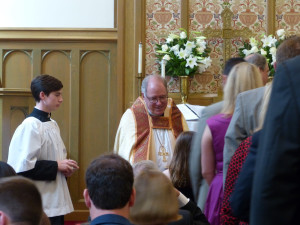 He succeeds the Rt. Rev. Rayford B. High, Jr., who resigned effective June 30, 2015. Mayer continues as bishop of the Episcopal Diocese of Northwest Texas while also serving as provisional bishop of North Texas. He splits his time between the two dioceses.

Canon to the Ordinary
Janet Waggoner
Next
Laura Fleming