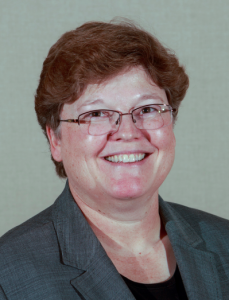 Lisa Neilson graduated from Syracuse University and spent nine years on active duty as an Army officer, then worked for BNSF Railway for over nineteen years. She met her husband, Bob, while serving in the Army in Korea, and they have been married for 27 years. They have two adult children. Heather and her husband Jeremy live in Fort Worth and have a son and daughter, Caleb and Peyton. Ian is a student at the University of North Texas majoring in psychology.

Neilson is a cradle Episcopalian who was baptized and confirmed in the Diocese of Colorado. She was active in the Episcopal Campus Ministry at Syracuse University and served in a parish near the campus as a Lay Eucharistic Minister, lector and clerk of the vestry. She and her family have been members of St. Martin-in-the-Fields, Keller, for 18 years. She has been a Sunday school teacher, worship leader, lay eucharistic minister, lay eucharistic visitor, vestry member, and senior warden.

Neilson attended Brite Divinity School part time for three years while working at BNSF Railway. In the fall of 2014 she transferred to Virginia Theological Seminary in Alexandria, VA. She is currently in her second year of field education ministry at Washington National Cathedral in Washington, D.C. and will continue serving there until she graduates from VTS in May 2016 with a Master of Divinity degree. 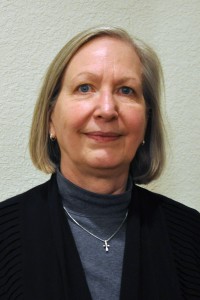 Lynne Waltman grew up in Lake Bluff, Illinois. She came to Texas in 1974 for graduate school at the University of Texas Health Science Center in Dallas. Her first career was as medical illustrator, which she pursued for 18 years. Her second career was in digital animation and web development. She and husband, Bill, will celebrate their 40th wedding anniversary this year. The Waltmans lived for four years in Saudi Arabia where their two children were born. Lynne currently works as business manager for All Saints’, Fort Worth.

Waltman was raised in the Methodist Church. She was introduced to the Episcopal Church by her husband (then fiancé) and was confirmed in 1987 at All Saints’. She has served in many ministries at All Saints’ including lector, Sunday school teacher, vestry member, Stephen minister, Outreach and Mission Commission Chair, and eucharistic minister.

Waltman has taken coursework at Nashotah Theological Seminary and at Brite Divinity School. Her supervised ministry through Brite is at St. Stephen’s, Hurst.