This month, four women will be ordained to the priesthood and one to the diaconate by Bishop Scott Mayer.

Worship leaflets for the June 11 ordinations can be downloaded here.

The text of the sermon for Paula Jefferson’s ordination can be downloaded here.

The text of the sermon for Lainie Allen’s ordination can be downloaded here.

On Thursday, June 18, Leslie Guinn will be ordained to the priesthood at 2 pm at Good Shepherd, Granbury.

Because of the Covid19 pandemic, the June 11 and June 18 services will be live streamed only, with the people present in the church limited to ten — people involved in the actual service or in doing the live stream. All sermons will be pre-recorded, as will music and many of the readings, and then dropped into the live stream.  The live streams of the ordinations will be available at the posted times on the Diocesan YouTube Channel and at Facebook.com/DioFW

The June 29 ordinations will be recorded and then edited into a service that will be presented on the Diocesan YouTube Channel and the diocesan Facebook page at Facebook.com/DioFW on a date to be announced.

Worship leaflets for all ordinations will be available for downloading here when they are ready. 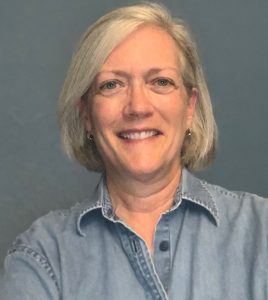 Paula Jefferson’s story begins in a Pennsylvania village.  She writes, “Village life instilled virtues like authenticity, loving my neighbor, and investment in life-long relationships.  Church Street and Main Street were geographically and ethically connected.   The integration of spiritual life and vocational life has been a keystone in my journey.”

Jefferson was born among the Appalachian Mountains, and says that hee passion for hiking and stream fishing is undoubtedly genetic.  She grew up in a musical family and loves classical music and opera.  She enjoys cheering on the Texas Rangers and Penn State’s Nittany Lions (her alma mater).  Her dog, Dursey, and she live in Bedford, a community she has called home since 1985.

“Dursey and I share some definite likes:  hiking, jogging, gardening, and Dairy Queen.  If it’s 100+ degrees at 5pm, it’s a Dairy Queen evening.   We are a good team,” she wrote.

“As a young CPA, I imagined a CPA firm that intentionally interpreted CPA services, employment, and community participation as ministry.  And then the firm became real.  And it prospered.  Yet God was drawing me to new things, and I was scrambling to keep up with God’s pull.  In May of 2018, I received a Master of Divinity degree at the Episcopal Seminary of the Southwest (Austin).  I come before you as a Candidate for Holy Orders–and as a person in awe of God’s loving engagement with Creation,” she wrote.

She will be serving at St. Martin-in-the-Fields, Keller. 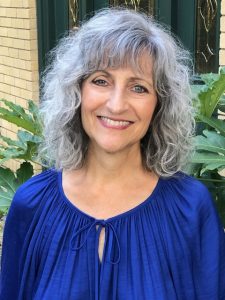 Lainie Allen was born and raised in Phoenix, AZ. Allen got a BA in both Psychology & Sociology, with a minor in music from Lee University (Cleveland, TN); and MA in Education from Point Loma University (San Diego) and an M.Div from Perkins School of Theology at SMU (Dallas). Her certification is in Spiritual Formation & Direction from CFDM.

Her home parish is St. Luke’s in the Meadow, Fort Worth. She has served at St. Alban’s, Theatre Arlington, and St. Elisabeth/Christ the King.

She and her husband, Daniel, met in college and married upon graduation. They later began a nonprofit doing leadership and spiritual formation with a focus on Emerging Adults. This work took them from Los Angeles to east Tennessee, and then to Charlottesville, VA, before moving to Dallas in 2011 to begin seminary at Perkins School of Theology at SMU. While completing a certification in spiritual direction and formation in 2006, Allen experienced her “call” to the priesthood. She and Daniel have two adult daughters, their significant others, and three grandsons, all in Portland, OR.

She will be serving at St. Elisabeth/Christ the King. 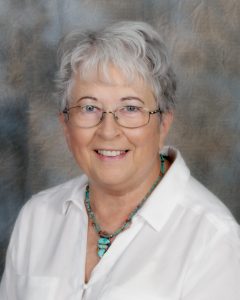 Leslie Guinn was born and raised in Rochester, New York. She attended Bucknell University in Pennsylvania and graduated with a B. A. in sociology and psychology. She was hired as a flight attendant for United Airlines where she met her husband, David. In 1978, they first became involved with a children’s home in Chiapas, Mexico, moved by Matthew 25: 31-46. Guinn has been on the Board of Directors for more than 30 years and currently serve as Vice-President.

She has been active in lay ministry for more than 40 years. She served on vestry of four different churches, twice as senior warden. She has been a lector, lay reader, Eucharistic Minister and led children’s education. She had been a Eucharistic Visitor. She is an Education for Ministry (EfM) mentor. She served on the Steering Committee that helped prepare this diocese for its reorganization in the wake of the departure of a bishop in 2008. She has served as lay representative for the Southwestern deanery and representative to Executive Council. She actively began her discernment for ordained ministry in 2009. She had a Master of Divinity from Brite. She has been a pastoral care assistant at Good Shepherd in Granbury while also leading a women’s study group. She served an internship at St. Luke’s, Stephenville, and is now on the staff at Good Shepherd. 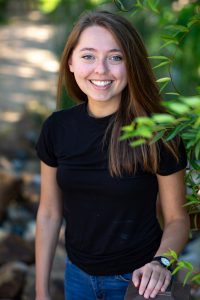 Maddie Hill’s home parish is All Saints’, Fort Worth. In 2016, Hill graduated from New York University’s Tisch School of the Arts, where she co-founded a small, downtown theater company. After graduation, she spent a year in the Episcopal Service Corps in Pennsylvania. While in ESC, she started a Godly Play program at the cathedral and served at an inner city educational nonprofit. Her plays have been performed in New York, Texas, Mexico, and London. Her nonfiction has appeared in journals and textbooks, including most recently the Yale Letters Journal. She graduated from Berkeley Divinity School at Yale where she was Senior Chapel Minister.

She will be on staff at All Saints. 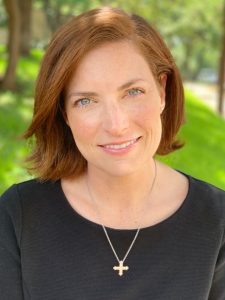 Corrie Cabes was born in Bethany, OK, graduated from Texas Woman’s University in Denton, TX and graduated with a master of divinity from  Seminary of the Southwest. She served weekly at Christ Episcopal Church in Cedar Park, TX as a seminary intern. Cabes is married to Richard Cabes, an IT services manager, and they have two children, Clay, 17, and Olivia, 13. She loves her friends and family, music, and her stripey dog Lil.

In the Diocese of Fort Worth, she was director of Christian education at St. Martin-in-the-Fields, Keller. Cabes helped create intergenerational ministries such as Service Sunday and City Week, a yearly intergenerational mission trip to Union Gospel Mission to connect teens and adults of St. Martin’s with the folks they served as well as  First Sundays, a monthly worship service where children and teens served alongside adults, leading prayers of the people, serving as lectors, and performing worship music. She has served on the diocesan Executive Council and Episcopal school committee.

During seminary, Cabes was chosen as the 2018 Seminary of the Southwest recipient of the St. John the Divine Entrepreneurial Leadership scholarship and attended the Preaching Excellence Program at Virginia Theological Seminary in 2019. She also was a two-year recipient of the Master’s Fund scholarship through the International Order of the Daughters of the King. Cabes was the oncology chaplain for the summer, ministering to patients, families, and medical staff at at Seton Hospital in 2018.

In August 2019, Cabes walked the Jonathan Daniel’s pilgrimage in Selma, AL, with fellow seminarian, Andrew Brislin (Diocese of Alabama), the Rev. Dr. Daniel Joslyn-Siemiakoski, and the Rev. Dr. Jane Patterson. Art and photography from the pilgrimage will be incorporated into a stations-of-the-cross service (held at the seminary in February 2020) to reflect on the civil rights movement of the 1960’s and 70’s, and to inspire continued participation in racial reconciliation. She will be on staff at All Saints’.