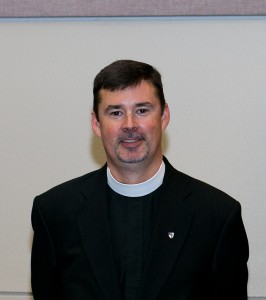 A story in the Comanche Chief announced that Hope Lutheran is adding “two worship services a month to facilitate Christians who were nurtured in the liturgical services of the ELCA, Episcopal Church, Disciples of Christ, or other institutions in common communion with the ELCA to receive the sacrament of communion while sharing in worship and fellowship in the community of Christians.”

Common Grace Chapel is a joint mission endeavor of St. Luke’s Episcopal Church in Stephenville, Texas, and the Northern Texas – Northern Louisiana Mission Area of the Evangelical Lutheran Church in America (ELCA) that began August 18, 2013.  Common Grace meets each Wednesday at 6 pm for healing prayers, communion and dinner on the St. Luke’s campus, which is right across the street from Tarleton State University.

The Episcopal Church and the ELCA have been in full communion since 1999.