The Rev. Carlye J. Hughes, rector of Trinity Episcopal Church Fort Worth was elected as the 11th bishop of the Episcopal Diocese of Newark at their convention on Saturday, May 18, 2018. 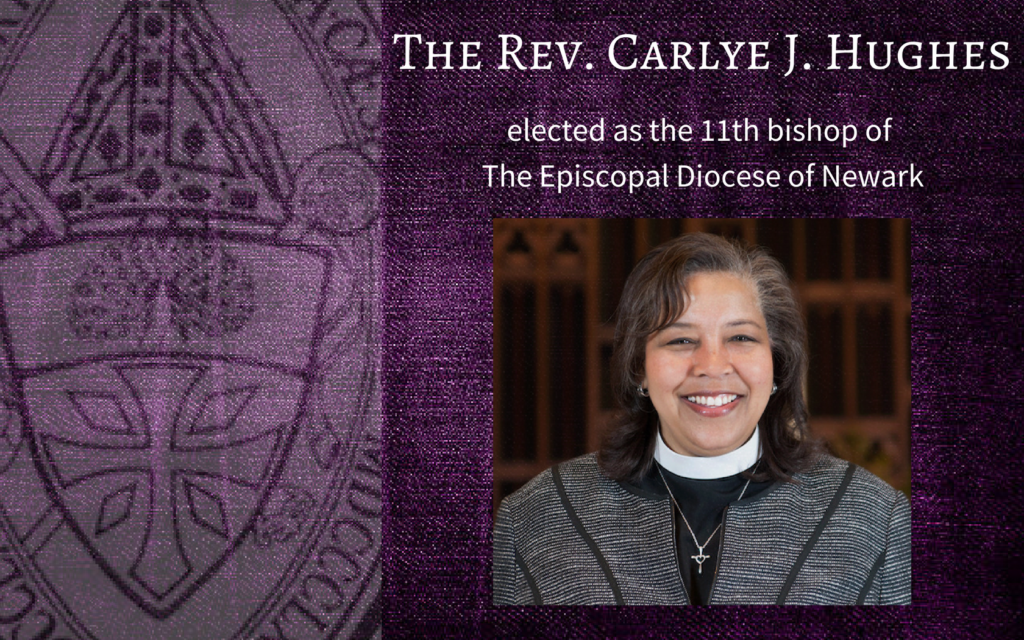 The first ballot of the election convention returned a clear result, showing Hughes to have been elected as the next bishop.

In order to be elected, a candidate needed to receive a simple majority of votes from both the clergy and the lay delegates, voting separately as orders in the same balloting round. Hughes was elected on the first ballot, receiving 62 of 116 clergy votes and 141 of 241 lay votes. 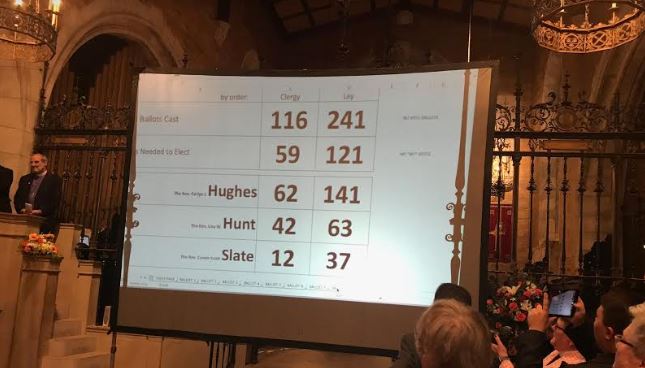 The Episcopal Diocese of Fort Worth’s Executive Council was meeting while the election was going on, with several members eyes keeping one eye on the live stream of the electing convention. As soon as it became clear that an announcement was coming, the meeting paused so that everyone could watch and listen while the election was announced. As soon as it was clear that Hughes had been elected, the room erupted in cheering and applause. The group stood and sang the Doxology, and Bishop Scott Mayer offered a prayer.

O God of unchangeable power and eternal light: Look favorably on your whole Church, that wonderful and sacred mystery; by the effectual working of your providence, carry out in tranquillity the plan of salvation; let the whole world see and know that things which were cast down are being raised up, and things which had grown old are being made new, and that all things are being brought to their perfection by him through whom all things were made, your Son Jesus
Christ our Lord. Amen.

We know that Carlye has gifts that are rare – another dimension, I would suggest – in that she inspires us. She has the gift to meet people where they are, and tap into the best in people… I’ve heard it said that a leader is someone who inspires those around her to be more than they would be otherwise. That’s Carlye Hughes.

Hughes, at home in Fort Worth, accepted the call to become Newark’s next bishop via live video. This live facebook video was posted by The Rev. Elizabeth Kaeton:

By way of a video call from her home in Fort Worth, Hughes told those present at the cathedral in Newark that she welcomed the results and accepted the call to become their next bishop:

I am well aware that moments like this do not come in a vacuum. It takes a village to discern a call to the episcopacy.It’s the generous and fruitful ministry of Bishop Beckwith, the Rev. Lisa Hunt and the Rev. Canon Scott Slater, the congregations and the people of the Diocese of Newark and the people of Trinity Episcopal Church in Fort Worth, Texas that have opened the door for us to be in ministry together.

Read Hughes’ letter to the people of Trinity.

On September 22, 2018, Hughes will be consecrated as bishop by The Most Rev. Michael Bruce Curry, presiding bishop of The Episcopal Church.