The General Convention deputation’s report to the 2014 Convention of the Episcopal Diocese of Fort Worth is submitted by Marti Fagley. You may download a PDF of this report here.

A new deputation was elected at the 31st Convention of the Episcopal Diocese of Fort Worth to represent the diocese at the next meeting of General Convention in 2015 in Salt Lake City:

The deputies of General Convention 2012 have completed reviewing and commenting on the resolutions referred to diocese for consideration and submitted their report.

The deputation had their first meeting in October to begin preparations for General Convention in 2015 and reviewed the budget available for the deputation and how that would be allocated. We plan to meet again after this diocesan convention and before the end of the year to begin preparations for any actions that are directed to General Convention by this body. Committee and work group preferences were submitted by interested parties in July but assignments have not been made. We continue to monitor communications and have brought the new delegates and alternates on board with how to connect to those communications. 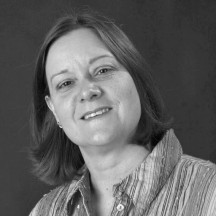