Brite Divinity School, located at Texas Christian University, and the Episcopal Diocese of Fort Worth are pleased to announce the completion of a $2.5 million endowment of a faculty chair: The Right Reverend Sam B. Hulsey Chair in Episcopal Studies.

Bishop Hulsey is the retired bishop of the Episcopal Diocese of Northwest Texas. He and his wife, Isabelle, live in Fort Worth.The completion of the endowment of the Hulsey Chair was accomplished through gifts and pledges from 150 donors and finalized with a gift from Sylvia and Tim Stevens, members of St. Christopher Episcopal Church, Fort Worth, Texas.

Bishop Hulsey has a long and distinguished career in The Episcopal Church, which culminated in his tenure as bishop of the Diocese of Northwest Texas from 1980-1997. Prior to his election to the episcopacy, Bishop Hulsey headed parishes in Corsicana, Pampa and Midland, as well as in Nashville, Tennessee. A Fort Worth native, Bishop Hulsey graduated with a Master of Divinity degree from Virginia Theological Seminary (1958). During his episcopacy, Bishop Hulsey chaired the Planning Committee of the House of Bishops and served on the boards of trustees of the Episcopal Seminary of the Southwest and the University of the South. He has been actively engaged in every community in which he has resided. Since his return to Fort Worth upon his retirement, Bishop Hulsey has held leadership positions in numerous civic organizations, including Tarrant County Historical Society, Alzheimer’s Association of North Texas, Meals-on-Wheels, Fort Worth Symphony, and Fort Worth Opera.

The Right Reverend Rayford B. High, Jr., bishop of the Episcopal Diocese of Fort Worth, said, “Episcopalians all over this diocese – indeed, all over The Episcopal Church – rejoice at this news. The Episcopal Church always has supported theological education.The Right Reverend Sam B. Hulsey Chair in Episcopal Studies honors a great man who not only is a fine bishop but also a humble Christian grounded in the love of Jesus Christ. Bishop Sam is a good friend to me and so many in the Church who turn to him regularly for pastoral guidance and mentoring. His scholarly mind, his loving gentle spirit, and his pastoral gifts offer an example to us all. I am so grateful to Sylvia and Tim Stevens for their wonderful gift that completed the endowment. I thank all the many generous donors who have made this possible.”

In celebration of the completion of the Hulsey Chair, Dr. Tim Stevens said, “Sylvia and I are very pleased that we are financially able to complete the Endowment honoring Bishop Sam B. Hulsey at this time. We are thrilled to participate in the growth of the reconstituted Episcopal Diocese of Fort Worth as we have become more closely connected with The Episcopal Church, with the leadership of our Provisional Bishops Edwin F. “Ted” Gulick, Jr., C. Wallis Ohl, Jr., and Rayford B. High, Jr. We anticipate the even further strengthening of the relationship between our diocese and Brite Divinity School through the completion of the endowment of the Hulsey Chair.”

Dr. Stevens, a native of Houston, is a graduate of Rice University (BA 1958) and Washington University (St. Louis) School of Medicine (MD 1962) with post graduate training in Internal Medicine at Vanderbilt University Hospital and Cardiology at Baylor College of Medicine. He served in the US Army Medical Corps (1963-65) at Fort McClellan, Alabama. He held staff positions at Ben Taub Hospital, Houston, the Nashville VA Hospital (Chief of Cardiology), was Director of Internal Medicine Education at Brackenridge Hospital, Austin (1975-1992), and several positions at Fort Worth’s John Peter Smith Hospital (1992-2000).

Sylvia and Tim have two sons, Matt, a civil engineer in Dallas and Hal, an addiction treatment nurse in Austin. Both sons are married. They have 5 grandchildren. Since 1999, Tim and Sylvia have been active members at St. Christopher Episcopal Church, Fort Worth.

In addition to completing the endowment for the Hulsey Chair, strengthening the Episcopal diocese, and giving a boost to the beginning of Brite’s Centennial Capital Campaign, the Stevens were moved to make their contribution in memory of Tim’s beloved maternal grandfather, Harry George “Papa” Watson (1883-1959). Harry was a lifelong Episcopalian, who was born and raised in Clarksville, Texas and surrounding Red River County. Harry’s grandfather, Matthew Watson, was one of the founders of Nashville’s Christ Church Cathedral. As a young man, Harry was a Worship Leader at Clarksville’s Christ Church. He later moved to Alpine, Texas where he was the owner of the Watson – Anderson Grocery Company and a strong supporter of St. James Episcopal Church. Papa Watson was a kind, funny, loving, supportive Christian gentleman who was adored by all of his family. 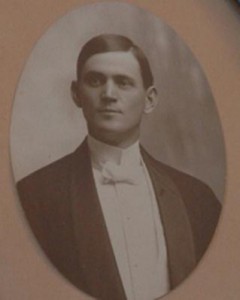 Tim and Sylvia feel certain that Harry Watson was an acquaintance of Lucas C. Brite (1860 – 1941) a neighboring Marfa, Texas rancher for whom Brite Divinity School was named.

The first faculty member to hold the Chair is Dr. Ed Waggoner. Dr. Waggoner received his Ph.D. from Yale University. He also holds a Master of Arts in Religion from Yale Divinity School and a B.A. from Willamette University. Dr. Waggoner comes to Brite as a highly regarded teacher and a gifted systematic and constructive theologian. His wife, the Rev. Canon Janet Waggoner, is the canon to the ordinary in the Episcopal Diocese of Fort Worth. 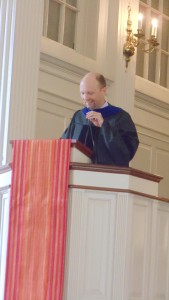 For more information about Brite Divinity School and the Episcopal Studies Program, please contact Brite at 817-257-6646 or www.brite.edu.

Previous
Jeph Abara of St. Alban's, Arlington, featured in…
Next
Help for job seekers at All Saints’ career…